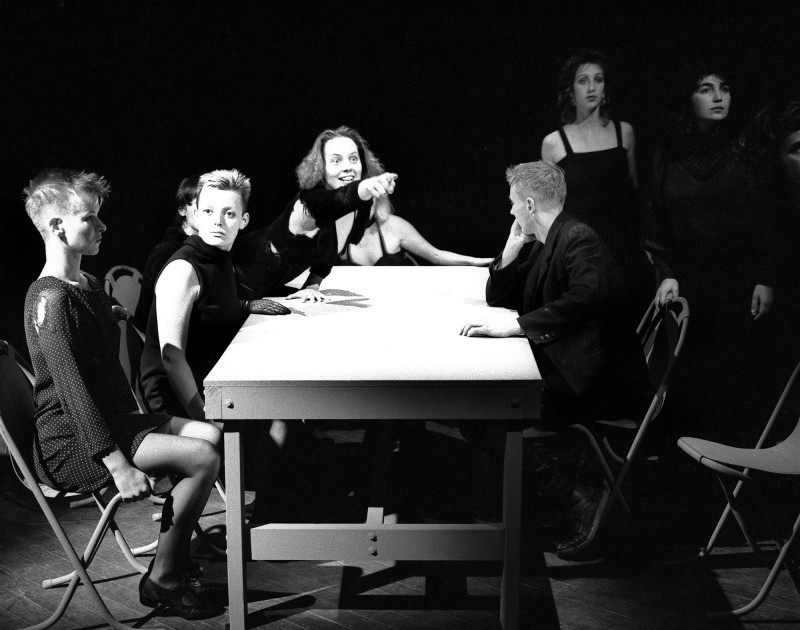 Tempo Rubato – a musical term meaning stolen time, describes the way in which time can be lengthened or shortened. Stolen Time was an experiment with physical movement, images, text, music and sound in performance.

The majority of the performance was based on living tableaux which could be collapsed or exploded into movement to form another tableaux. To create small compositions within a larger composition and move between states.